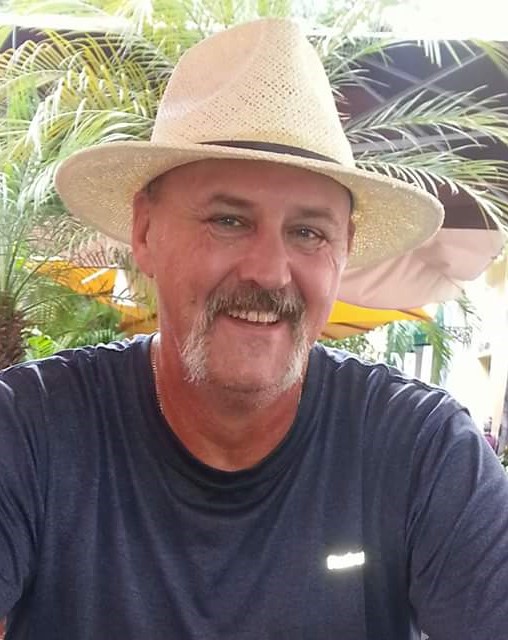 David Lawrence Ferguson, age 54, of Frankfort, died peacefully Monday, Dec. 4, 2017 at 8:30 a.m. after suffering a brief bout with cancer. He was born January 12, 1963 in Columbus, to Pauline Sever and Boyd Ferguson. He was later raised by Tony Patterson whom he loved dearly.

Surviving are his wife of 30 years, Julie Foley Ferguson; the pride and joy of his life, sons Daniel and Andrew Ferguson. He is also survived by his siblings Gene (Trina) Patterson, Marilyn (Dodd Wisecup) Chaffin, and Karilyn (Phil) Starr; and his in-laws Charles and Myrna Foley, Pat (Michelle) Foley and Tim (Pat Brown) Foley. A host of loving nieces and nephews also survive, along with beloved family Jenny, Josh, and Olive Szatkowski. David was preceded in death by his cherished mother, Pauline Sever Starkey, his father, Boyd Ferguson, his step-father, Tony Patterson, and dear aunt Diane Shaeffer, along with many beloved aunts, uncles, and cousins.

David attended Adena High School until he was a junior, at which time he moved to Logan Elm High School from which he graduated. He joined the United States Army in 1982, then worked at Chillicothe Correctional Institute until his retirement.

A funeral service will be held at 11 a.m. on Friday, December 8, 2017 in the EBRIGHT FUNERAL HOME. In keeping with David’s wishes, cremation will follow. Friends are invited to visit with the Ferguson family at the funeral home on Thursday from 5 to 8 p.m.. In lieu of flowers, the family requests donations in David’s memory be made to the Forest Everhart Golf Course, 17273 State Route 104, Chillicothe OH 45601.

To order memorial trees or send flowers to the family in memory of David Lawrence Ferguson, please visit our flower store.