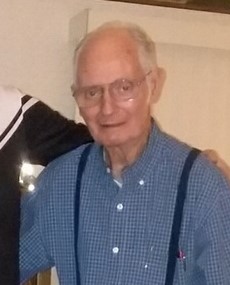 A graveside service for family and friends to attend will be held on Thursday, December 31, 2020 at 11 a.m. in Greenlawn Cemetery, Frankfort with Pastor Terry Washburn officiating. Those attending the service will need to wear a face mask and observe social distancing. No calling hours will be held. In lieu of flowers, memorial contributions are suggested to the charities listed below.

To order memorial trees or send flowers to the family in memory of Charles G. Lowe, please visit our flower store.
Send a Sympathy Card