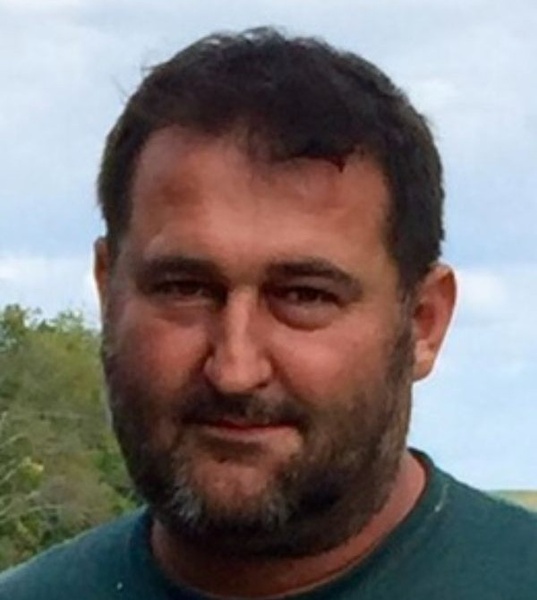 On Tuesday, July 27th, 2021, Bryan Stapleton of Blanchester, Ohio and father of two wonderful children left this world. Bryan was forty-six years old and was born to Carlos and Evelyn Stapleton in Washington C.H., Ohio. Although only 46 at the time of his death, Bryan affected many people in his lifetime. He left doing a job that he loved so well, cutting a tree.

He was a fearless man of God’s nature. He was given the name “Tree Artist” by his mom as she was amazed by his ability to care for trees.

Most importantly, Bryan had a deep love for his family. Bryan was survived by his daughter Madison Layne, whom he dearly adored. He was also survived by his son, Drake Mason, his hunting, fishing, and yard sculpting partner; and Jamie Stapleton, the mother of his children. Also surviving is the love of his life, Lindsey Young and her two children, Jacob and Brooke Young. Bryan and Lindsey were partners in work as well as life.

He lived this short life honoring his parents, Carlos and Evelyn Stapleton of Greenfield, Ohio.

Also surviving is Brigitte Harvey, a friend and his second in command in landscaping. Additionally, Bryan was committed to friendship, and to his childhood friend, and accomplice Sean (Michell) Lawwell of Washington C.H. He is also survived by many aunts, uncles and cousins.

He also leaves a dear friend, Clem Pummell who was Bryan’s right-hand man. Additionally, he is survived by in-laws Parker and Susan Beebe of Blanchester; Seth and Beth Beebe and nephews Drew and Brice of Maineville, Ohio. Lastly Bryan will be missed by his most protective and faithful chocolate Labrador, Bella.

Bryan was a graduate of Edward Lee McClain High School, the class of 1993. Here is where he began his love of nature. As a fifth grader he was named the “Best Botanist” of Camp Helen. At a very young age, he saw the challenge of cutting trees and helping Mother Nature become more beautiful.

While working as an arborist for many friends and family members, he attended “Tree College” with a trusted friend Betty Bishop. Here he gained knowledge of his love of nature and coined the name “Tree Man.” All his customers praised his work, work ethic and go-with-the-flow attitude. He was never afraid to take on a challenge or figure out a problem. Bryan had a giving heart and would be willing to give in any way possible. He volunteered for projects in the community such as a playground at the Elementary, Rainsboro’s Fall Festival and Butler Springs Campground.

His kindness was also seen in caring for his dad’s herd of cows while his father was unable to.

Those who knew Bryan, even just a little, lost a shining light in their lives. He was truly a legendary “Tree Man” to all of us.

A memorial service will be held at 2 p.m., Saturday, August 7, 2021 in the Rainsboro Elementary School with Pastor Roger Newkirk officiating. A time of gathering for family and friends will be held from 11 a.m. until the time of the service. Following Bryan’s wishes, he will be cremated. The ANDERSON-EBRIGHT FUNERAL HOME, Greenfield is serving the family. In lieu of flowers, Bryan’s family ask that his love of trees be remembered by donating a tree to be planted in his memory through his online obituary or honoring his love of children by donating to St Jude Children’s Hospital, 501 St Jude PL, Memphis, TN 38105-9959

To order memorial trees or send flowers to the family in memory of Bryan Stapleton, please visit our flower store.