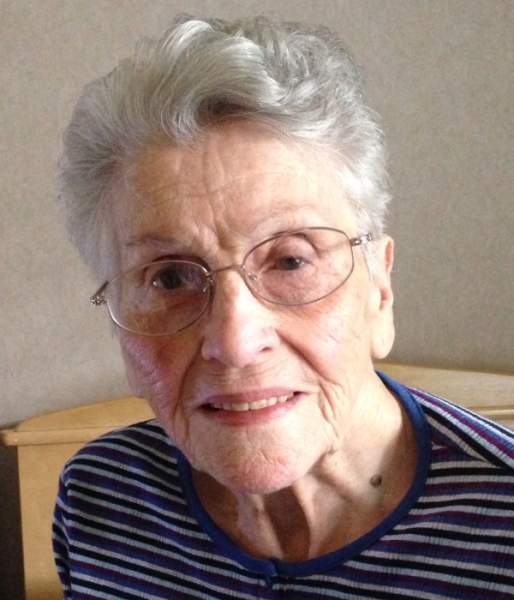 Betty J. Sims, 91, of Frankfort, passed from this life Saturday morning, March 24, 2018, at National Church Residence of Chillicothe.  She was born on October 4, 1926 in Greenup, Kentucky, the youngest daughter and the last surviving of ten children born to the late Briton Bailey and Julia Elizabeth Conley Fraley.  On July 5, 1955, she married Robert E. Sims and they shared more than sixty-one years together until Bob’s death on January 12, 2017.

After Betty’s family moved into Ross County from Kentucky, circumstances prevented her from graduating from high school.  Betty later completed her high school education and was in the same graduating class as daughter, Mary, the Adena High School Class of 1967. After completing high school, she continued her education and soon became a Licensed Practical Nurse, working at the old Chillicothe Hospital.  As an LPN, she assisted in the transfer of patients when the old hospital moved to the current location of Adena Regional Medical Center.  After a while, she decided to continue her education and became a Registered Nurse.  She completed her nursing career as an RN when she retired in 1992 from Adena Regional Medical Center.

Betty was a member and treasurer of the former Lattaville United Methodist Church and took a very active part in the Women’s group of the church.  She was a 4-H advisor for many years.  She is said to have had two green thumbs and enjoyed the time she spent growing flowers and vegetables. Betty was also a member of the Frankfort Garden Club.  Additional hobbies included, collecting recipes and cook books, crocheting, and creating hand woven baskets. Betty’s family wishes to express their gratitude to the staff at Traditions of Chillicothe for the excellent care that was provided to Betty.

Services for Betty will be held at the convenience of the family under the direction of the EBRIGHT FUNERAL HOME, Frankfort. Betty will be laid to rest beside her husband in Greenlawn Cemetery, Frankfort. Memorial contributions are suggested to United Way of Ross County, 69 E. Water St., Chillicothe, OH  45601 or National Church Residence Hospice, 142 University Dr., Chillicothe, OH  45601.

To order memorial trees or send flowers to the family in memory of Betty Jane Sims, please visit our flower store.