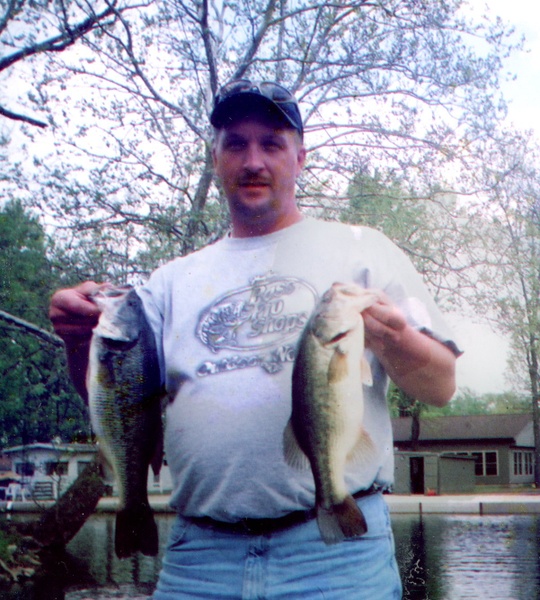 He is survived by his mother, Katy Hanson of Greenfield, his wife, Heather, one son: Wyatt Durbin, one daughter: Julia Durbin all of Leesburg, his mother-in-law: Barbara Zerbe of Leesburg his dog and buddy, Floyd, his aunts and uncles: Dick and Darlene Bowman of Huntington, IN, Bessie Tucker and Norma VanDyke of Greenfield and numerous cousins also survive. He was preceded in death by his father, Terry Hanson and his grandparents: Marie and Jack Hunter and Vivian and Hank Hanson.

Bart was a 1988 graduate of the Edward Lee McClain High School. He had worked at the Bill Boatman Company, Greenfield Research and was currently working n Wilmington at LGSTX (Airtborne Express). He loved to spend his spare time on the water Bass fishing.

A funeral service will be held on Wednesday, July 6, 2022, at 11 a.m. at the ANDERSON-EBRIGHT FUNERAL HOME, Greenfield with Rev. James Blaine officiating. Following the service, Bart will be laid to rest in the Greenfield Cemetery. Visitation will be held on Tuesday from 5 to 8 p.m. at the funeral home.

To order memorial trees or send flowers to the family in memory of Bart Hanson, please visit our flower store.