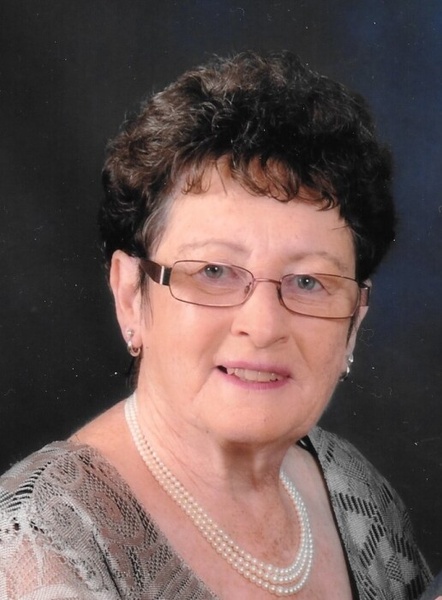 Ann Carlisle Sheward, Christian, loving wife, wonderful mother and sister, doting grandmother, beloved aunt, and caring nurse, was called home on Monday, September 7, 2020 at the Vineyards at Concord Nursing Home, Frankfort. She was born on Tuesday, August 11, 1942 in Chillicothe, the daughter of the late Marshall M. and Betty Davis Carlisle. On June 4, 1965 she married her high school sweetheart and loving husband of fifty-five years, Clarence “Buck” Sheward, and he survives.

She was an active member of the First Presbyterian Church of Jackson, Ohio from her early childhood until her move to Frankfort, Ohio in 2010.  She moved to the Frankfort community to be close to her grandchildren, who live in Frankfort and Washington Court House. She then attended the Frankfort Presbyterian Church until her passing. She was extremely active in her home community of Jackson, belonging to many clubs and social organizations including homeroom mother for many years at Kinnison Elementary, 4-H, Junior Federated Women’s Club, Garden Lover’s Too, Century Club, Girl Scouts of America, and First Presbyterian Deaconess Women’s Group.

Ann was known for her constant laughter and ability to have fun in any situation.  She was a 1960 graduate of Jackson High School and a 1964 Graduate of St. Mary’s School of Nursing in Huntington, WV.  She was employed as a nurse at Jackson Vinton Community Action until her retirement in 2005.  Even when her mind had succumbed to the effects of Lewy Body Dementia, she still lit up a room when she entered and continued her “nursing duties” while at her stay at her nursing home in Frankfort. She would continue to bring joy to those around her until her final days.

The family is very thankful for the RNs, LPNs, STNAs, aides, Pastoral Care, and Heartland Hospice for the wonderful care she received from them prior to her passing.

Family and friends of Ann are asked to attend a graveside service on Thursday, September 10, 2020 at 2 p.m. at Greenlawn Cemetery, Frankfort with Pastor Todd Thomas officiating. The EBRIGHT FUNERAL HOME, Frankfort is serving the family. In lieu of flowers, donations can be made to Frankfort Presbyterian Church, PO Box 356, Frankfort, Ohio 45628 or Heartland Hospice, 205 North St., Lucasville, OH 45648. Family and friends are asked to sign and leave a memory of Ann on her online register at www.ebrightfuneralhome.com.

To order memorial trees or send flowers to the family in memory of Ann C. Sheward, please visit our flower store.