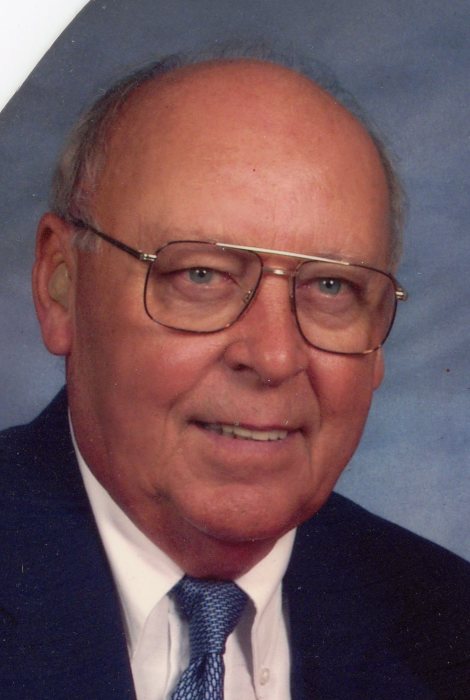 Albert Wright “Bud” Peterson, 90, of Frankfort, died on Monday, August 12, 2019 at 2 p.m. in Court House Manor Assisted Living. He was born on Monday, April 22, 1929 in Frankfort, a son of the late Albert Finch and Marjorie Wright Peterson. On August 3, 1952, Bud married his wife of sixty seven years, the former Patricia Ann Fletcher and she survives.

Bud attended Austin Grade School and was a 1947 graduate of Frankfort High School. He attended the Ohio State University where he received his Bachelor of Science Degree in Marketing. He then served in the United States Army during the Korean War and reached the rank of Second Lieutenant. Following his service to his country, he returned to Frankfort and his family’s farm. Bud later worked for the Ohio State Department of Corrections where he retired on November 11, 1995 as Classification Supervisor.

In keeping with Bud’s wishes, cremation has taken place. A graveside service will be held on Saturday, August 17, 2019 at 10 a.m. in Greenlawn Cemetery, Frankfort officiated by Rev. Jim Grove and  Pastor Todd Thomas. The Frankfort Masonic Lodge will assemble at the grave and will conduct a Masonic Service. Military Honors will be accorded by the Frankfort American Legion. Following the services, a luncheon will be held at the Frankfort Presbyterian Church Youth Center for those that would like to attend. In lieu of flowers, the family asks that memorial contributions be made in Bud’s memory to the Frankfort Presbyterian Church, PO Box 356, Frankfort, OH 45628. The EBRIGHT FUNERAL HOME, Frankfort is serving the family.

To order memorial trees or send flowers to the family in memory of Albert Wright "Bud" Peterson, please visit our flower store.
Send a Sympathy Card