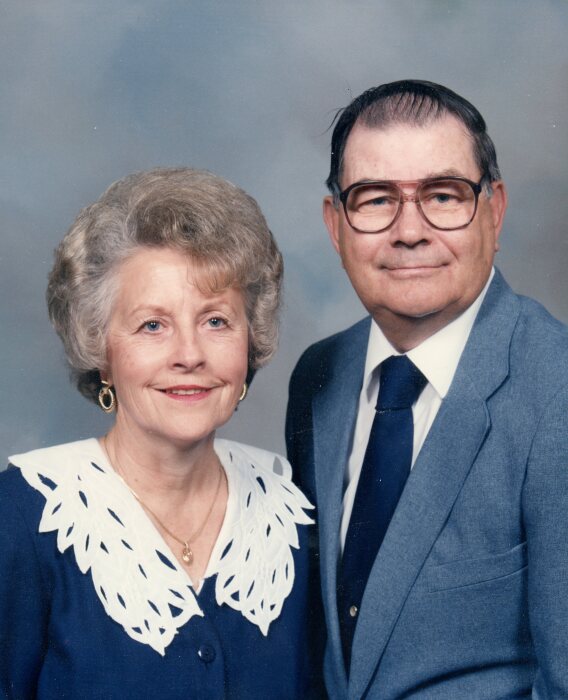 Ada Jo touched many lives as she worked in the kindergarten class for 25 years. She orchestrated plays and programs and made props with her creative mind and talent. She also made beautiful cakes not only for her grandchildren’s birthdays but also for many others. Her pies were scarfed up as soon as they were displayed during Field’s Day and family reunions. She made rolls and homemade noodles like a pastry chef! Many remember Ada Jo as a beautiful woman who always had her matching earrings and scarves and pins to match any occasion who hardly ever walked out of the door without wearing makeup.

Many people would remember the “greatest porch in town” in which family and fiends would hang out and reminisce. Her grandchildren remember many nights on the porch with her while she would sing silly little songs to them. She decorated for EVERY holiday (yes, even St. Patty’s Day) right down to the toilet covers!! Many remember sledding down “Houser’s Hill” in which she would welcome tons of kids in her house with a hot chocolate and a warm basement to thaw their hands.

This past year has really taken a toll on her where she was not able to see her family besides behind a windowpane. She was very lonely and just wanted to be reunited with her husband, Charlie, and her beloved son, Paul. During her last days she would tell us that she was “ready to go.” We will surely miss her and know that her legacy will continue through her grandchildren, great-grandchildren, and generations to come.

A private family service will be held at the EBRIGHT FUNERAL HOME, Frankfort with Pastor Brian Jennings officiating. The service will be broadcast live at 1 p.m. on Friday March 5, 2021 on Ada Jo’s register book page. Burial will follow in the Greenlawn Cemetery, Frankfort where a public graveside service will be held at 2 p.m. In lieu of flowers, memorial contributions are suggested to Sonshine Committee, c/o Denise Kern, PO Box 1, Clarksburg OH 43115. Those who wish to digitally sign Ada Jo's physical register book may do so by clicking here.

To order memorial trees or send flowers to the family in memory of Ada Jo Houser, please visit our flower store.
Send a Sympathy Card